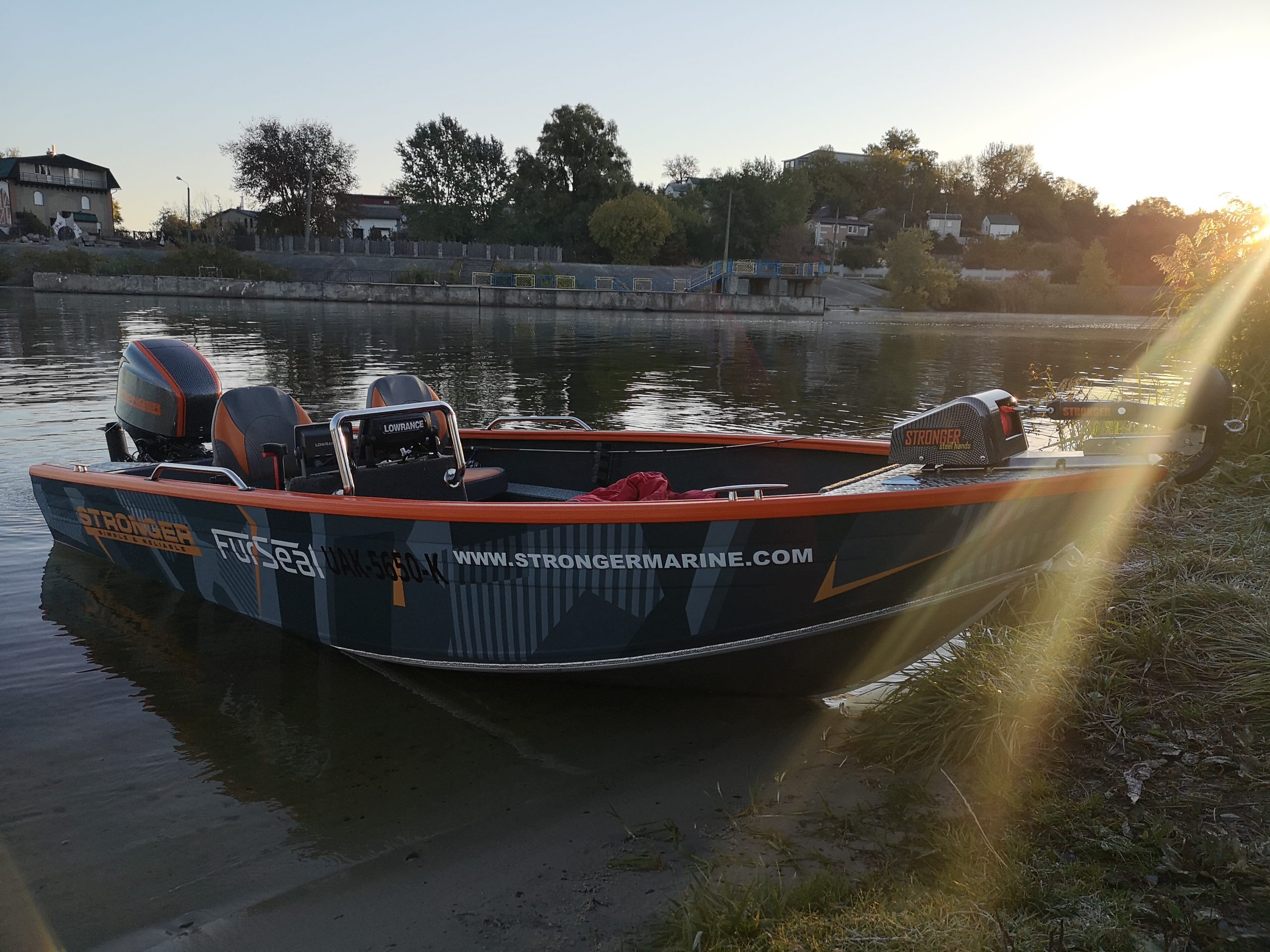 As this year at once a few new products appeared in our line, it was made decision by us about creation of boat – laboratory of STRONGER. This project sprawled in time. And in fact was begun in February month of 2021, but a boat saw water only a few days back. We are thankful to the company “FurSeal” for built specially for our project boat, taking into account our wishes and revisions. We are thankful to the company “The Service center “LAUNCH” for the done work on тюнингу of boat and setting of навесного equipment. In fact it is the first company, in Ukraine that has an experience setting of our new equipment. Therefore we recommend this company as specialists on setting of new девайсов.
And so about a project. 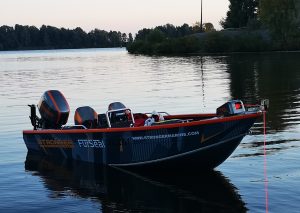 On a boat a next equipment was set: 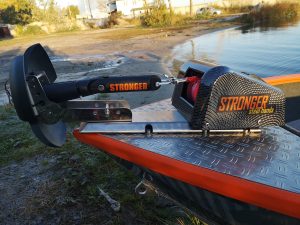 2. Vertical hydraulic lift for the suspended boat motor (LIFT) with a control panel. 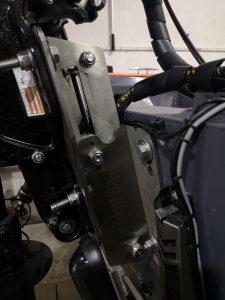 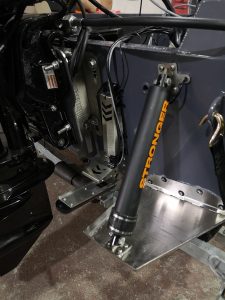 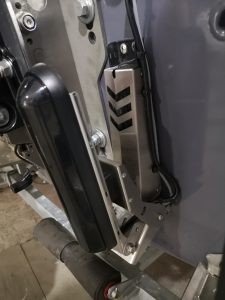 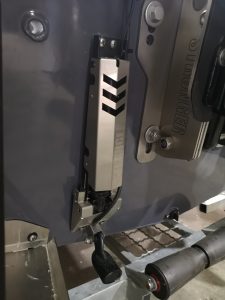 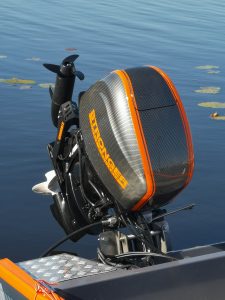 We produced tests on water. All equipment showed those results on that we counted. And many products surpassed our expectations even. We together with our distributor the row of видеороликов took off a company Wikender about new products. In that tried maximally to tell and show for what were actually and invented these devices and what benefit they can bring to the future proprietor. Now let actually we will pass to the devices.

Very made happy the regulator of transduser sonic depth finder with an automatic version. Pictures on a sonic depth finder began to come back to life regardless of trim of boat. Due to the automatic tuning of sensor in horizontal position we saw the very clear drawn objects on the screen. 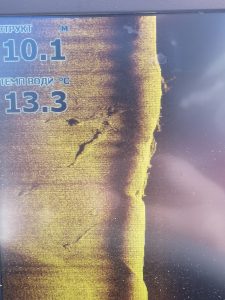 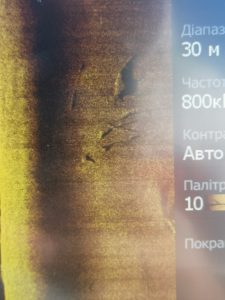 All symbols of fishes were in the mode of сонара, as well as it is fixed with the “closed” and correct arcs. 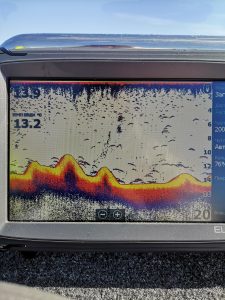 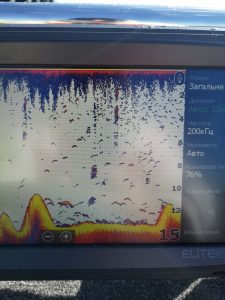 We understood that till now we looked analog television at the screen of sonic depth finder with all hindrances and not quite exact information up to the depth of reservoir. And yesterday this was the real modern digital television. And our usual sonic depth finder became really quite another. That, who will purchase this device in future, we think that too will feel a difference and will no longer want to use the standard roofing timbers of трансдьюсера without our automatic regulator. Very comfortably, that all process of management comes true by only one key that practically does not take seat on the cantilever of your cutter. Pressing on that, you will include a regulator. He automatically will go down downward in working position. Thus he automatically will be calibrated and a sonic depth finder is ready to work. Made off fishing, or for example, on a speed transition, if a sonic depth finder presently does not need you. Pressed on the key upwards and a device automatically self will transfer the sensor of sonic depth finder to position in parallel транцу of boat.

Further were testing of the hydraulic guided elevator is produced.

Opinion exists, that an elevator is actual during work with motors large power from 200 forces and higher. Our tests refuted this error. And so on a test.

Start. A boat goes out on the глиссирующий mode. Speed 36 kilometres per hour. On a tachometer turns 4500. We begin step to lift an elevator by means of control panel upwards. Every stage at brief pressure on the button on a panel adds a 1,8 cm lifting a motor upwards. A boat is dispersed. Коммандер we do not touch. In the total on 5 stages of getting up of elevator we feel кавитацию and small loss in speed. We do one step back by pressure on the key on a control panel. In the total speed grew from 36 to 43 kilometres per hour. Motor turns from 4500 to 5100. We memorize favourite position on a control panel pushing the button M for the next use. We diminish gas of коммандером to the former marching 4500 turns. And we understand that gas is cleaned decently. After a boat there is the least.

Besides the substantial economy of fuel due to the use of elevator a motor moved aside from транца of boat back, and now his underbody does not interfere with the sideview of sensor of sonic depth finder. Further going near a bank for shoals and passage-ways of areas with subzero water, due to possibility to heave up a motor in same upwards, became trouble-free. Really useful device. This device for all of us caused a certain delight.

Further a few words about the anchor winch of Steel Hands 35 PRO that is also set on our boat.

Anchor winch of SH 35 PRO is really very comfortable in the use because due to the new function of polishing of anchor to water creates no sparks at the plop of anchor, and also noise from a process. Well and certainly at catching of careful types of fishes for example chub, possibility quietly to drop an anchor, it really very topically.

We only use it as a backup echo sounder. But even in this case, a significant benefit from this device is that the sensor, if the echo sounder is not used, rises to the very top along the boat’s transom and in no way slows down the boat while moving. Well, and accordingly, the probability of its breakdown on the surface debris of the reservoir is absent. But when you need, for example, to remove its airing, then by lifting the sensor up, this problem can be quickly solved.

We were very pleased with the transom plates. Now the launch of the boat on the glider has become simple without unnecessary energy consumption. All you need to do is press both keys to control the plates down. And then tuck the leg of the motor and start. The boat immediately lands on course. After the start, you press both keys up again and the plates smoothly rise up automatically. It would seem that such insignificant details as the launch of the boat into the planing mode are so energy-consuming. But it is at such starts that we have a significant excessive consumption of fuel. Then, if you have a trim on one of the sides of the boat, you slightly lower the plate from the side where you have a larger trim in this case. Until the boat is level. Then move the key of this plate to the neutral position and continue to move the boat. This adjustment will significantly save you fuel and make your movement on the water more comfortable.

And of course I was very pleased with our electric motor. There were those who wanted to buy it right on the water.) This is a very useful thing for those who are engaged in trolling fishing, as well as for the search mode. Thanks to our own control board, the electric motor is very economical. Depending on the boat, on a 100 Amp battery, you can fish for up to 2 days without any problems. Of course, all this is individual and depends on which boat the motor is installed on. An important aspect is the fact that his work is always directed in a stable horizontal direction. Let’s say an electric motor installed on the bow of a boat is subject to constant changes in the direction of movement of the boat, caused by the oscillation of the bow on the waves. As a result, more than half of the energy is wasted. Since the motor, when the bow moves down, also rushes down, and when the bow moves up on a wave, it also rushes up. As a result, there is no clear horizontal position of the motor. In the case of placing an electric motor at the stern of the boat, or rather on the motor itself, as in our case. The motor is the most stable placement on the entire boat as it is least prone to rolling in the water. Consequently, the torque of the electric motor is transmitted in direct proportion to the movement of the boat without unnecessary energy consumption.

Many of you have noticed that trolling with motors of 40 horsepower and above is a renal problem, since the minimum speed of the boat at idle is much higher than the speed that is necessary for this type of fishing. Therefore, the use of an electric motor in our case, when the main motor is 40 or more forces, is uncontested.

We hope that in the near future the footage will be available and you will be able to see with your own eyes everything that we have written about in this article.