The river anchor for the Stronger DREAM AD-7 anchor winch has the extender – the calmer of swinging of an anchor, anti-engagement system and weight of 6,8 kg. Therefore, it provides the most comfortable anchoring and can be easily and quickly released from hooks in difficult conditions.

This is a model of medium weight category in the line of anchors Stronger DREAM, an analogue of the classic type of anchors “chamomile”. Suitable for inflatable boats up to 4.5 m long or for hull boats up to 5 m long. Excellently holds in place even loaded boats on reservoirs with bottom cover of most types.

The developers have given the anchor legs a special geometry, which provides the effect of “sticking” to the bottom and reliable fixation on underwater soil of most types. This is facilitated by the concave shape of the petals and narrowed outer edges.

A feature of the Stronger DREAM AD-7 model is the presence of an extension-calmer, which is attached to the shank by a hinged structure. Thanks to it, as well as the weight of the extension, the amplitude of the boat’s movement during rocking is compensated (for example, in strong winds or during active actions in the boat).

The rocking energy is transmitted only to the extension cord. The hinged connection with the trend allows you to dampen the movement, so the shank and the entire anchor remain at rest. This ensures the stability and reliability of the anchoring, minimizes the likelihood of failure of the anchor.

The extension cord will also help if it is not possible to release a longer length of the anchor beam (for example, due to the characteristics of the bottom surface or due to the greater depth). And in other cases, when you want to increase the weight of the anchor.

The safety cable of the anti-lock system, which is attached to the halyard and at the bottom of the anchor, will help to easily pull the anchor out of the hook without the risk of losing it. As a result of simple manipulations, the anchor turns and stretches in the direction opposite to the hook. 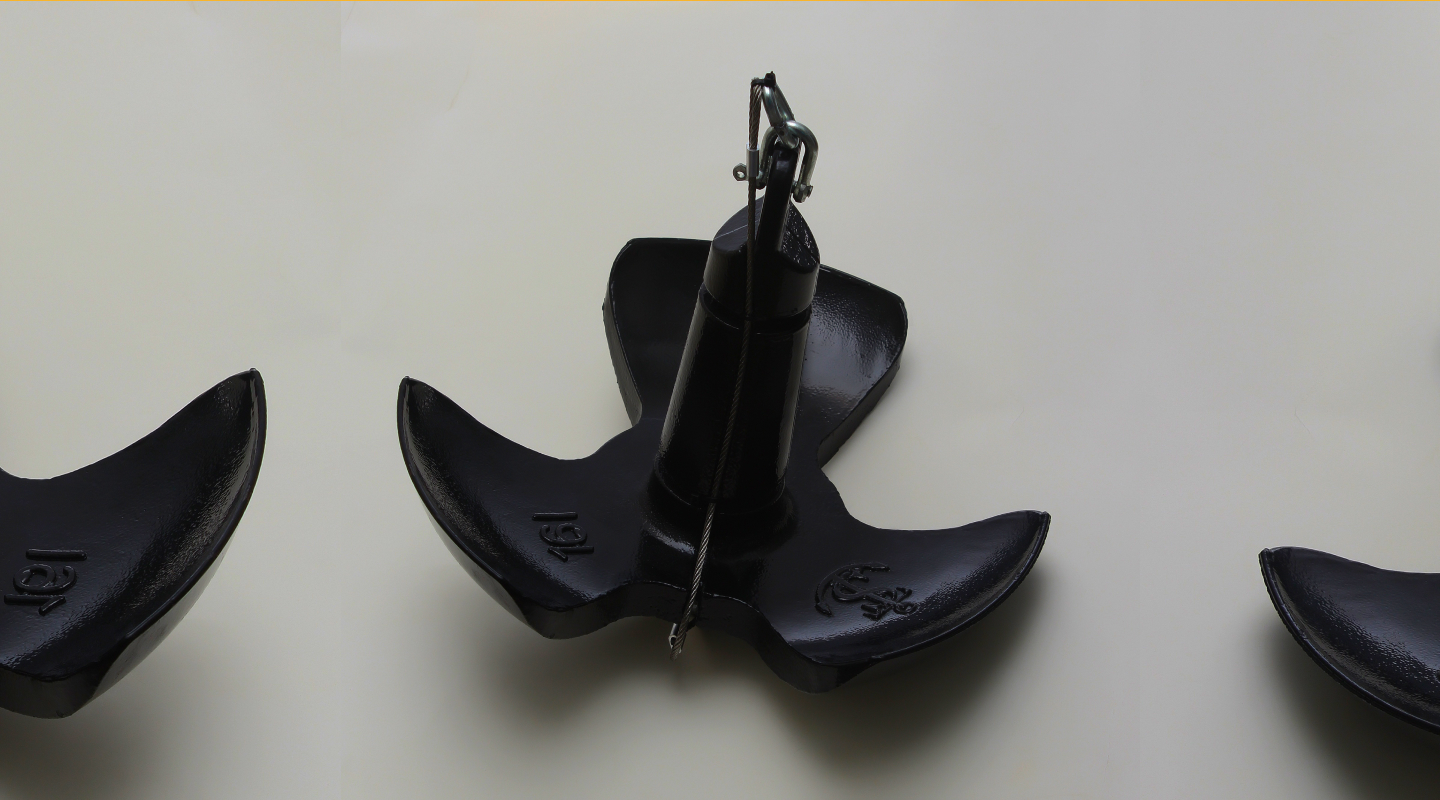